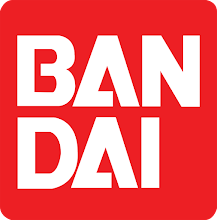 Dragon Ball Z: Hyper Dimension is the last Dragon Ball Z fighting game released for the Super Famicom/SNES in Japan and Europe. It was released in Japan on March 29, 1996 and in France and Spain in December 1996. The game features a story mode that begins from the Frieza Saga and ends at the Buu Saga. The amount of life for characters is measured by a number system from 1 to 999, which can be charged at any time during the match. When the life reaches a level below 80, the characters are able to perform "desperate moves", which cause a large amount of damage. The characters fight on a multi-tier stage, which allows opponents to hit each other to other stages. The playable characters are Goku, Vegeta, Gohan, Perfect Cell, Piccolo, Veggito, Frieza, Fat Buu, Kid Buu, and Gotenks.

-+- No articles matches your choice -+-
Bandai